With the Eyes of the World on Afghanistan, Turkey is Killing US Allies in Syria 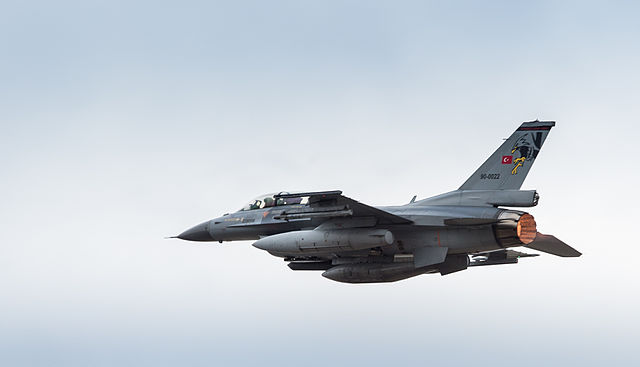 North and East Syria has faced non-stop threats from the Turkish State for many years, with large-scale Turkish military operations that have led to the occupations of Afrin, Tal Abyad, and Ras-al-Ayn, to name a few regions. With that being said, since the Turkish invasion of Northern Syria in October 2019, despite many threats, shellings, sporadic clashes, and an economic embargo, there has been relative calm in the border regions between Turkey and Northern Syria.

That has changed in recent weeks as the Turkish military has dramatically escalated their campaign against the Autonomous Administration that governs North and East Syria and the Syrian Democratic Forces which protect it.

In the past two weeks, Turkish drone strikes have targeted members of the SDF and AANES that have played essential roles in the fight against terrorism in Syria, and in the construction of a society that provides security and freedom to its people. A drone strike targeted a vehicle on August 19 along the Qamishli-Amude road carrying prominent SDF commander Renas Roj, killing him and his driver. He had participated in the fight against ISIS on every major frontline.

A Turkish drone also struck the headquarters of the Tel Tamer Military Council in Tel Tamer, a town located in the historically Christian Khabour Valley. This was an area that suffered greatly from ISIS attacks and suffered again when it was assaulted by Turkish-backed jihadist forces in 2019. Four members of the Syrian Democratic Forces were killed, including Sosin Ahmed, a major figure in the YPJ Women’s Protection Units, widely praised for her participation in the fight against ISIS. She was interviewed recently by American author Elizabeth Flock for a soon-to-be-published book. Flock paid tribute to her on Twitter the day she was killed. Later that day, shelling by the Syrian National Army forces backed by Turkey killed a four-year-old child and a civilian woman, and injured 15 other civilians.

Numerous other Turkish strikes have taken place as well, especially around the major cities of Qamishli and Hasakah, further targeting AANES officials and SDF commanders who were essential in the fight against ISIS. With the world focused on Afghanistan, and with Turkish troops aiding evacuations at Hamid Karzai Airport to boot. Turkey has seized the opportunity to escalate its conflict against the people of North and East Syria, despite the airspace being controlled by Russian and American troops.

These attacks against leadership figures in the military and political structures of the AANES will only serve to undermine the fight against ISIS terrorism. The attacks are continuing proof of a lack of desire on the part of the Turkish state to find a peaceful resolution.

It is counterproductive on the part of the United States and other states that are involved in the fight against ISIS to passively approve of Turkish attacks against their SDF partners while simultaneously expecting effective operations against ISIS.

As long as Turkey can hide behind their label as a NATO member state without consequence, they will continue to target genocide survivors, prominent anti-ISIS commanders, and advocates for womens rights in the region – targeted simply because of their ethnicity and belief in a democratic future for their country.

2021-09-07
Previous Post: Turkey is Falsifying an Ottoman Archaeological Site in Afrin, Syria
Next Post: Would Iraq or Syria be next?

Get the latest news

Subscribe to our newsletter and get news, analysis, and opinion on democratic Syria in your e-mail Inbox each week.